If you have been diagnosed with lung cancer, you may have questions about how serious your cancer is and your chances of survival. While oncologists can’t predict the future, they can provide an estimate, called a prognosis, which gives an idea of how the disease will progress or respond to treatment for you.

Many factors can influence prognosis in lung cancer, including the cancer’s stage and certain traits of the cancer cells. Age, race, gender, and overall health of the patient pre-diagnosis are influential factors as well.

Doctors estimate prognosis by using statistics that researchers have collected over many years about people with the same cancer type. In cancer, these statistics are more commonly referred to as survival rates.

In addition to determining a prognosis, survival rates are often used to see how patients with the same type of cancer responded to specific treatments. This information can help your doctor create a treatment plan that will provide the most benefit for your particular situation.

Considering that lung cancer is the leading cause of cancer-related deaths in the United States, a lung cancer patients' prognosis is often poor. With that said, if lung cancer is diagnosed in its earliest stages, a cure is possible through treatment such as immunotherapy, surgery, chemotherapy, and radiation therapy. Unfortunately, cases of lung cancer are most often detected relatively late in the illness, which makes cure less likely. However, appropriate and timely treatment can improve survival and prognosis considerably.

Cancer survival rates are generally expressed in percentage terms, which can often be hard to understand. If you find the statistical jargon challenging to follow, ask your doctor to provide a more direct explanation of your situation. He or she can put the statistics in context and help you understand your specific condition.

The stage of your lung cancer at diagnosis, which refers to the extent of cancer in the body, determines treatment options and strongly influences the length of survival.

The SEER database, maintained by the National Cancer Institute (NCI), tracks 5-year relative survival rates for non-small cell lung cancer (NSCLC) and small cell lung cancer (SCLC) in the United States, based on how far cancer has spread throughout the body. The SEER database groups cancers into localized, regional, and distant stages to show survival rates:

Other than race, gender, and stage, the only two prognostic factors that have been identified as clearly having a role in the outcome of NSCLC are activity and weight loss. More active patients tend to do better during cancer treatment and recovery than those who are less active. People with NSCLC that spend more than half of waking hours (assuming eight hours for sleep) in bed or a chair do worse than more active people. It is usually suggested that patients remain as active as possible during treatment and recovery from NSCLC.

Likewise, patients that lose more than 10% of their body weight have a worse prognosis with NSCLC. Since weight loss can be a symptom of lung cancer in the first place, the 10% figure represents the weight lost from a healthy, stable weight—even if that weight was measured before the diagnosis of lung cancer was made. Despite a decreased appetite, people with NSCLC are encouraged to maintain their body weight as much as possible. Working with a nutritionist can help ensure that you are getting the nutrients your body needs during this time.

Small cell lung cancer (SCLC) is particularly challenging for patients and physicians because it is so aggressive (fast-growing and spreading). Two-thirds of all patients with SCLC are diagnosed after the disease has already spread throughout the body. As a result, the prognosis of SCLC is relatively low.

The 5-year survival rates for small cell lung cancer are given in the table below:

Just as in non-small cell lung cancer, activity and weight loss are important prognostic factors. In addition, various blood tests help determine prognosis in SCLC. A patient will likely have a worse prognosis if the blood shows:

Learning About Your Chance of Survival Is a Personal Decision

It is entirely your decision whether you want to know about cancer survival rates pertaining to your specific condition. Since cancer survival statistics do not reveal anything specific about your particular condition, you can choose to treat them as impersonal and not very useful. However, if you are someone who wants to know everything about the cancer, you can have all the statistics on your specific condition. 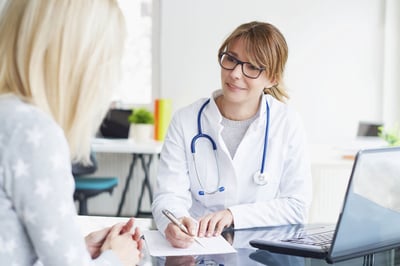 The more you learn about specifics such as grade, type, and stage of cancer, the more accurately you will be able to ascertain your risks. For example, if your condition is localized and you refer to statistics on patients with a more common form of cancer, those numbers may not apply to you.

Learning more about your lung cancer can ease the anxiety associated with analyzing your treatment options and starting the treatment. However, survival rates can be alarming and confusing. Inform your doctor if you wish to ignore the survival statistics. In case you have some concerns or questions on the statistics about your cancer, discuss the same with your doctor.

Compensation information is available for those diagnosed with lung cancer by calling toll-free 1-800-998-9729 or completing the form below.