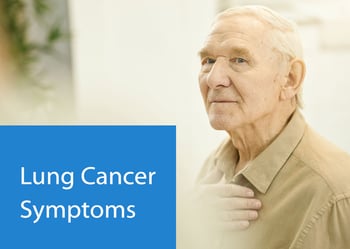 Sadly, one of the reasons that lung cancer is so deadly is that it usually does not cause symptoms until the disease has advanced and spread. In a reasonably large portion of patients, however, there may be subtle symptoms that are ignored or misinterpreted. By paying attention to the symptoms of lung cancer and taking action in a timely manner, diagnosis and treatment can begin earlier.

Earlier diagnosis and treatment can turn into a better overall lung cancer prognosis.

Since lung cancer is most common in smokers, it is often difficult for patients to recognize the symptoms when they occur on top of already frequent lung and breathing problems. In those exposed to asbestos—another large group of lung cancer patients—lung cancer symptoms may be more easily recognized.

Local Spread of the Tumor

Distant Spread of the Tumor

Distant Spread of the Tumor

Compensation information is available for those diagnosed with lung cancer. Call us toll-free at 1-800-998-9729.