Asbestos as a Cause of Lung Cancer

Smoking is often thought of as a leading cause of lung cancer, but it’s also important to know that asbestos exposure is another risk factor or cause. If you are exposed to both asbestos and cigarette smoke, your chances for lung cancer are higher than both risk factors added together.

Many factors affect the level of risk of asbestos-related lung cancer. Risk increases with the following:

Asbestos is a group of minerals that are naturally found in certain fibers. In fact, asbestos is the smallest naturally occurring fiber. Asbestos is found in two major forms: serpentine (chrysotile fibers are the only major form) and amphibole. 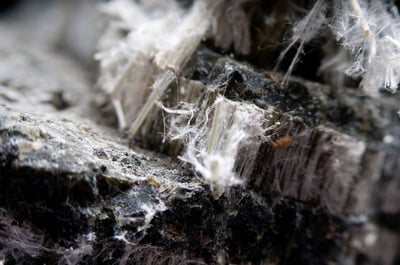 The reason that asbestos was used so often in the past is because of the following:

Asbestos was used for many different reasons because it was thought to be such useful material. Some of the most common uses for asbestos include:

The different uses of asbestos mean workers regularly came into contact with asbestos. Some of the most impacted people include asbestos miners, transporters of asbestos, and workers that weaved asbestos fibers into fabrics.

Even low-level exposures to asbestos have been linked to serious diseases of the lung, including cancer. Unfortunately, trades with lower asbestos exposure still experienced high lung cancer rates and other asbestos-related illnesses. Even the spouses of workers in high-exposure jobs were sometimes exposed to disease-causing amounts of asbestos. They inhaled asbestos fibers from clothing and other items belonging to people working directly with the fibers.

When asbestos is in its stable, undisturbed state, it is not harmful to your health. Unfortunately, working with the material in almost any way can disrupt the asbestos, causing fibers to become airborne (floating in the air). When asbestos particles become airborne, they are inhaled and become embedded in the lungs.

We can help you figure out if you were exposed to asbestos. We have a database of products that employed asbestos over the years and a list of workplaces and jobs where exposure was likely to occur. If you have lung cancer and came in contact with asbestos in the past, you may have a legal case. Contact us to learn more about your legal options.

Asbestos has been linked to several lung diseases, including:

A lot of evidence links asbestos to lung cancer, including laboratory, epidemiological, and clinical research. Among medical professionals, asbestos is now universally accepted as a cause of lung cancer.

DNA damage is the primary cause of the cancerous transformation of cells. Asbestos fibers can kill cells, delete large stretches of DNA from a cell’s genome, and damage chromosomes (bundles of DNA that make up the genome). The silicate fiber may cause DNA damage through oxidative damage because antioxidants can reduce the damage in laboratory studies. Additionally, asbestos causes swelling and scarring, which may also lead to cancer.

Did you develop lung cancer because you were exposed to asbestos? If so, you may have a legal case against the asbestos manufacturers.

In the United States, there are two main agencies that are tasked with the duty of making and enforcing regulations regarding asbestos. The federal agency that is responsible for regulating air pollutants is the Environmental Protection Agency (EPA). Under the Clean Air Act, the EPA must provide guidelines about emission rates. The EPA is also responsible for regulations covering asbestos in schools.

The other agency that is responsible for asbestos regulation is OSHA or the Occupational Safety and Health Administration. OSHA is responsible for the protection and safety of workers. OSHA is concerned with the protection of workers that may have been/are exposed to asbestos in the course of their professional duties or in their work environment. There is important overlap and redundancy between the EPA and OSHA when it comes to asbestos regulation.

The notion that asbestos was an important cause of the human disease was suspected in the late 19th Century and documents show asbestos companies knew of the health hazards in the early and mid 20th Century; however, asbestos was not regulated to any significant degree in the United States until the 1970s. Originally the asbestos fiber exposure limits were set at 5 fibers per cubic centimeter in 1971. In 1994 this limit was revised to 0.1 asbestos fibers per cubic centimeter. In 1989, The EPA banned all new uses of asbestos in the United States.

Since it is clear that the risk of asbestos-related diseases increases with increased exposure, the goal of asbestos disease prevention is to limit exposure. Undisturbed asbestos is not dangerous; therefore it is often better to leave existing asbestos in place and prevent it from being disturbed rather than removing it. The risk to the asbestos workers and the resulting spread of the asbestos in the environment during removal may outweigh the risk of exposure from stable asbestos. The EPA and OSHA can be called upon to make case-by-case recommendations as to whether asbestos should be removed or secured.

Veterans are another group of people who were significantly impacted by asbestos exposure. Asbestos was used regularly throughout all military branches until the 1980s because the material was a good option for insulation and fireproofing. However, this regular exposure puts many veterans at risk for long-term health issues. Veterans exposed to asbestos during their time of service meet qualifications for 100% disability from the Veterans Affairs (VA) Clinic. Because some asbestos diseases and illnesses can take over 30 years to develop, many veterans are just now receiving diagnoses.

Help for Veterans Who Were Exposed to Asbestos

If you have been diagnosed with lung cancer and have been exposed to asbestos, you may qualify for financial relief. Veterans with lung cancer may also be eligible for additional compensation than what is available through the VA Clinic. Call us toll-free at 1-800-998-9729 or complete the form to determine your eligibility.