Lung cancer treatments are tailored to the individual patient's needs and wishes, so each patient needs to understand their options.

As with most cancer treatments, the choice of therapy is dictated mostly by the cancer type and the disease stage.

There are several different types of treatment for patients with non-small cell lung cancer.

There are four main types of surgery used to treat lung cancer:

Some patients are given chemotherapy or radiation therapy after surgery to kill any remaining cancer cells once the visible cancer is removed. This process is called adjuvant therapy.

Radiation oncologists can treat tumors present in airways with radiation given directly to the tumor through an endoscope. 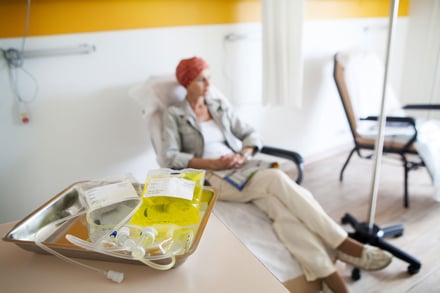 Chemotherapy uses drugs to stop cancer cells' growth, either by killing the cells or by stopping them from dividing. The way this cancer treatment is administered depends on the type and stage of the lung cancer.

When chemotherapy is injected into a vein or muscle or taken orally (by mouth), the drugs can enter the bloodstream and can reach cancer cells throughout the body. This is called systemic chemotherapy.

When chemotherapy is placed directly into a body cavity such as the abdomen, an organ, or the cerebrospinal fluid, the drugs mainly affect cancer cells in those areas. This is called regional chemotherapy.

Some non-small cell lung cancer patients can be treated with a category of cancer treatments called targeted therapy. This type of treatment uses drugs or other substances to identify and attack specific cancer cells. Targeted therapies usually cause less harm to normal cells than chemotherapy or radiation therapy.

If you do not test positive for a biomarker with an approved targeted therapy, other methods of lung cancer treatment are recommended. Find out more about the types of gene mutations that targeted therapy is approved to treat for NSCLC patients.

There are a variety of immunotherapy types, each working in its unique way. Some immunotherapy treatments are designed to help the immune system slow or even stop cancerous cells' growth. Others support the patient's immune system in destroying cancer cells and preventing lung cancer from spreading to other parts of the body.

Laser therapy is a type of lung cancer treatment that uses laser beams to kill lung cancer cells. Because there are so many vital organs and sensitive tissue surrounding the lungs, the precision of laser therapy can be an ideal treatment for some patients.

Laser therapy can be used alone, but most often it is combined with other treatments, such as chemotherapy, immunotherapy and/or radiation therapy.

Watchful waiting closely monitors a patient's condition without giving any treatment until signs or symptoms appear or change. Your oncologist may decide on watchful waiting in certain rare cases of non-small cell lung cancer.

Chemotherapy is a critical part of treatment for SCLC patients. Depending on the extent of the disease either one or a combination of chemotherapy drugs may be used during treatment.

For some patients, treatment may also include surgery; however, a small number of SCLC patients will benefit from surgery.

While immunotherapies have been developed for certain types of SCLC, they have not become as highly adopted as they have for NSCLC. There are still clinical research studies being conducted for additional immunotherapies for SCLC.